PSG and Bayern meet in the 2nd leg of the Champions League on 13 April 2021 year, a on 1st leg french player wins at Allianz Arena with 3:2 and enters this match with a goal advance on away ground.

PSG ranked 2nd in League 1, as from last 5 games has 2 wins, 1 draw and 2 loses, so will try to get at 1st place and still has a chance to make this, because the difference from Lille is 3 points. This year PSG is one of the best teams in the Champions League, after strong games against Barcelona and Bayern Munchen. With Barca, PSG wins 4:1 at Now Camp and after a draw at home go to Quater-finals, where meets Bayern Munchen. Now with a goal advantage away, PSG has a great chance to continue to the semi-finals in this popular football tournament.

Bayern is the leader in Bundesliga, after a difference with 5 points from RB Leipzig and 9 points from Wolfsburg. The team performs well, but at home make 1:1 with Union Berlin last game. It’s not a big mistake, as Bayern still is the leader with a difference against 2nd Leipzig and now they will try to win on this game, but PSG shows, that is in great form and will be a hard job for them. The match will be in France and Bayern will need only win with a goal difference and result higher than 3:2. If the game finishes at 3:2 for Bayern, it will be an additional time and if or draw, both teams will try penalties to has a winner, so with every result with a goal difference, ower than 3:2, PSG will qualify. Another option for Bayern is to win with 2 or more goals difference. 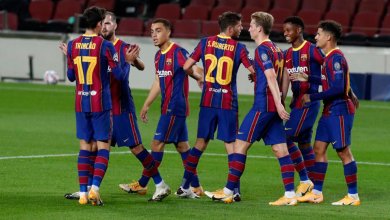