Europe League for the 2018/2019 season has already starts its group stage and all football teams are ready to start games for first two place of each group. They will play in 12 groups of 4 teams on each group. Some of the teams ranked directly (17 of them) and others joined the Europa League, after dropping out of the Champions League group stage qualifying. Europe League is the second commercial tournament after the Champions League and this season the prize pool has been greatly increased and many teams have an interest in participating and earning money, as well as the reputation of this tournament. The previous winner was Atletico Madrid, who participated this year in the Champions League.

Let’s look at all of the tournament groups, that were formed after the meeting in Monaco last day:

In this group A took place also the Champion of Bulgaria Ludogoretz.Accordingly familiar, the lot is relatively good for Ludogoretz, it can be said, that the “eagles” have the chances of ranking ahead in the tournament. Maybe the top-class team is Bayer Leverkusen, who basically plays strong at home ground, but this season starts with a loss from Munchengladbach and now team takes 16th place in the Bundesliga’s provisional standings. However, in Germany, the championship has just begun. Zurich is also one of the strongest European teams, it takes almost every season the top places in Switzerland, but there is simply no way to compare the Swiss Championship with the leading ones on the old continent. AEK Larnaca managed to fight for entry into the Europa League and the team surprised many with their games. We’ll see, what the boys of senior coach Andoni will show. Definitely interesting group with a relatively even teams.

Here, we can see the team of Salzburg, one of the contenders for the continuation and also Celtic, who for many years qualified for the Champions League. The other rivals are also good teams, but we think has no class of Celtic and Salzburg. Leipzig, who finished last year in the Bundesliga and the Norwegian soccer grand Rosenborg. Despite the Celtic class and the good form of Leipzig, we think Salzburg will be one of the favorites in this group. Rosenborg could also surprise each of the other 3 teams, but the recent years seem to have slowed down, especially in the Euro tournaments.

Zenith will fight for the first place in this group, believing it to be a favorite and the other teams are Copenhagen, Bordeaux and Slavia Prague. Without underestimating the other 3 teams, Zenith has put in a lots of money and has developed a strong team over the past few years, including regular Champions League tournaments. Still, the French or Czechs can surprise. The Danish team is a name in club tournaments, but lately does not show this class, we have seen years ago. Here we predict the first place for Zenith Petersburg.

Here in this group, we can accept Fenerbahce’s favorite team and also Anderlecht-Belgium. Fenerbahce for several seasons was trying to win the Championship in Turkey, but still remained in the shadow of Galatasaray or Besiktas. Nevertheless, in this group the Turks are one of the favorites. Zagreb and Spartak Tarnava have been successful with their standings in the groups, but we will find out, if they can do more in their next games. In this group, we can first predict the Fenerbahçe team. In the 2007-2009 season, the Turkish team reached a quarter-final for Champ. League, and the 2012-2013 semi-finals in the Europa League.

Interesting group in League Europe, where Arsenal is the favorite for the first place. Despite, not very successful start of the league and the loss of Chelsea last days, Arsenal is the favorite for ranking in the tournament and for the first place in group E, we can say that the main rival of the gunmen, maybe Sporting Lisabone. The Portuguese are in principle a technical team and will try to move on. Karabah has made some surprises last season and the Poles have been successful in this ranking, but we do not underestimate them. Arsenal have the class and experience in similar tournaments, so we think they will continue in the next phase.

The Greeks have had a lot of experience in the Champions League in recent years and will play for1st place, we think. Milan no only has experience, but has won the Champions League several times with Italians here being the favorite, especially after the good start of the A Series Championship after the victory of Roma. Milan made nice transfers and this year he will try to fight for the Serie A champion as well as for the Europa League. The Spaniards from Betis can surprise, and Duellege have been successful in this ranking. We predict Milan in the first place in Group E this season of the Europa League.

Here the group is difficult to predict, because the teams are very levelly. Multiple championship – Rangers, the strong Spanish team of Villarreal and Sparta. S.Moscow, who is almost always in the top rankings of the Russian championship has good chances for 2 top places in this group. Rapid Wien is a team that can also surprise. However, we will assume that Villarreal and Rangers will take the the first two places.

Lazio is a strong tournament team that goes far in similar championships. We think Lazio has the opportunity to win first in this group. Olympic Marseille is not to be underestimated anyway, and Eintracht and Apollo will try their chances but we think Lazio will be the leader in this group.

Turkey’s several-time champion welcomed Genk, Malmo and Sarpsborg. The Norwegians do not have much experience at this stage of the Europa League, as we think that the best chances are Besiktas, who also participated in the Champions League, as well as Malmo’s team have their chances that the last years showed very good matches. Genk performs well in Belgium, but in European tournaments, he also has little experience, unlike Besiktas.

Sevilla – a favorite in this group, winning 5 titles in this European League tournament, the latter being in 2016. The team also performs well in the Primera Division, opposed to grands, such as Barcelona and Real M., as our favorite is Sevilla. Standard Liege will also try to qualify for the tournament, the team has experience in the Europa League. Krasnodar and Akhisar have done well here but will not be able to win the first two places, but it is football and nothing is known.

Dynamo Kiev, who for many years was a regular member of the Champions League and was successful in the strongest football tournament, will now fight for a good ranking here. We think Rehn will be a major competitor of Dynamo Kyiv, and Astana and Jablonetz despite the good games have recently had less experience in this tournament, and this factor in the European League is important. Team regulars, having experience and self-esteem and good in a slightly weaker form, manage to win and move forward with the right tactics.

Chelsea stands out in this group with the team for many years participating in the Champions League and even winning it in 2011-2012 when it eliminates Germany’s Champion Bayern Munich with a 4: 3 penalty shootout, the first Chelsea title. Chelsea is the favorite here, and the PAOK team can also surprise. Bate Borisov and Mall Wadi have managed to score here with a good game, but they can hardly resist Chelsea. 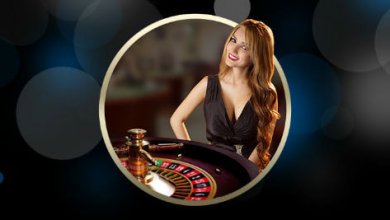 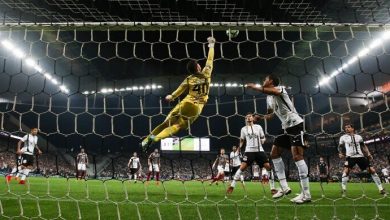 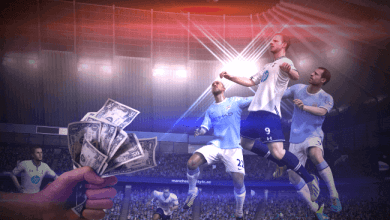 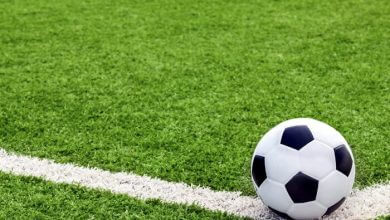